Oil, Conspiracy, and You: Digging Deeper

Featured Image: The pumpjack, such as this one located south of Midland, Texas, is a common sight in West Texas. Credit: Eric Kounce TexasRaiser.  Wikipedia (Public Domain)

Is there any truth to all the claims about oil conspiracies, peak oil, alternative energy suppression and OPEC price-fixing?

Obama administrations corruption is taking America into socialism just as FDR did. George Soros has had direct financial ties to the gulf oil disaster and media matters in owned by George Soros defending his corrupt socialist agenda. Obama’s Crime Inc is now a network of thieves 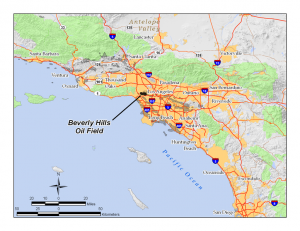 Engineers at the US Department of Energy’s Pacific Northwest National Laboratory (PNNL) have created a continuous process that produces useful crude oil minutes after harvested algae is introduced. This new process does not require drying out the algae, which grows in water, saving time and energy that would be otherwise wasted. The final product can be refined into aviation fuel, diesel, or gasoline.

The process mimics some of the conditions that originally turned prehistoric plant material into fossil fuel deep within the earth – high pressures and temperatures. . . . Read Complete Report

Algae to Bio-Crude in Less Than 60 Minutes

Engineers have created a chemical process that produces useful crude oil just minutes after engineers pour in harvested algae — a verdant green paste with the consistency of pea soup. The PNNL team combined several chemical steps into one continuous process that starts with an algae slurry that contains as much as 80 to 90 percent water. Most current processes require the algae to be dried — an expensive process that takes a lot of energy. The research has been licensed by Genifuel Corp. Read the full story here: http://www.pnnl.gov/news/release.aspx…

Algae-water slurries were processed in a continuous-flow reactor system.

Whole algal biomass was converted into a gravity separable biocrude.

Biocrude was hydrotreated into a liquid hydrocarbon mixture, low in O, N, and S.

Aqueous byproduct from HTL was processed catalytically to produce a fuel gas. The resulting water stream could be recycled for nutrients such as ammonia. . . . Read Complete Report

From youtube uploaded by David Pakman Show on Oct 5, 2013