You can say all you want about Mr. Robert Welch and his John Birch Society, good and bad; but the continuing timeline towards the Controllers goals Mr. Walsh warned those who would listen of seems to just keep on ticking.   Mr. Welch’s knowledge of the Controllers and their nefarious plans for a One World Order long before it was a popular internet subject will be his legacy.

From youtube uploaded by INFO Wars Boot Camp on Jun 6, 2013 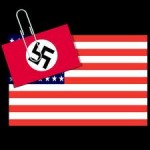 Message to Ron (my good friend who lives in N.D.): There goes the neighborhood. . . EDITOR

Dave Rubin and the panel discuss the plans of a man living in North Dakota to turn his small town into a hub of white supremacists.. . . From Description of video.

Retro: The Man who originally exposed the Federal Reserve Conspiracy and the Plans of the Controllers: Eustace Mullins (Full Video)

In my mind the most important researcher in America’s History was the late, great Eustace Mullins know to different government agencies as the “Most Dangerous Man in America.”

Were it not for his research, books and lecturers  I believe the Controllers plans of a One World Order might have already been put in place.

However, I believe, that its because of Eustace’s work that more and more citizens are awakening to the world wide conspiracy.   Here is one of Eustace Mullins’ best full length lectures.  Hope you enjoy this informative lecture by one of my most important mentors, and a real American Patriot Extraordinaire. . . EDITOR

The asteroid mining business got a bit more crowded as a new concern called Deep Space Industries (DSI) enters the ring. The company announced its public launching at the Museum of Flying in Santa Monica, California where a panel presentation of officials and guests outlined DSI’s philosophy and plans for becoming a major force in opening up asteroid mining within a few years.

DSI, currently based in McLean, Virginia, was started mid-2012 and is currently seeking additional investors and customers. According to the panel, there are 9,500 near-Earth asteroids with 1,700 of these easier to get to than the Moon. The company believes that by keeping costs down and concentrating on creating a series of near-term returns it’s possible to make mining these asteroids not only feasible, but a business field capable of almost unlimited expansion. . . . Read Complete Report

James Holmes, the 24-year old suspect in the mass shooting ofBatman “The Dark Knight Rises” movie goers in Aurora, Colorado that left 12 people dead and 58 injured, has had a number of links to U.S. government-funded research centers. Holmes’s past association with government research projects has prompted police and federal law enforcement officials to order laboratories and schools with which Holmes has had a past association not to talk to the press about Holmes. . . . Read Complete Report

(1) From the Manchurian Candidate Game Book . . . Always leave a paper trail of diary, notebook, etc. to help portray the “One Lone Nut” who perpetrated the tragic event as always working alone.

Remember the Controllers game plan is always the same for this type of Manchurian Candidate . . Oswald – notebook found – Sirhan Sirhan – diary left behind – Mark David Chapman – notes…. so on and so on, all designed to point towards the Controllers designated Patsy as the “Lone Nut Killer.” . . .  EDITOR

Accused movie theater shooter James Holmes may have mailed a notebook to his school detailing his plans to carry out a massacre, sources say.

The notebook that is believed to have been written by Holmes was mailed to the University of Colorado, where Holmes had been a student until dropping out last month, ABC News has learned.

Fox News reported that the notebook was mailed to a specific psychiatrist at the university and that it contained “full details about how he was going to kill people, drawings of what he was going to do in it, and drawings and illustrations of the massacre.” . . . Read Complete Report

“Esoteric symbolism found in Aurora theatre “Batman Shooting”. James Holmes may be an MK Ultra mind control patsy. 7 days before a UN Arms Treaty, the shooting could be a way to manipulate gun control laws.” . . . Text posted with video