Jane Fonda’s turn as Nancy Reagan in the new film “The Butler” is angering veterans across the country, and “Hanoi Jane” isn’t doing much to help the situation.

An infamously vocal liberal, Fonda sparked controversy in 1972 when she visited enemy territory in North Vietnam and was photographed sitting on top of an anti-aircraft battery. That picture and her opposition to the war — she was once quoted calling American soldiers murderers — earned her the nickname “Hanoi Jane.”

Now, veterans are outraged that “Hanoi Jane” is playing Nancy Reagan, beloved wife of staunch military supporter and conservative President Ronald Reagan, in Lee Daniels’ “The Butler.” Many veterans’ groups are picketing the film outside at their local movie theaters. . . . Read Complete Report 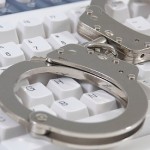