THEI Eyeballs the Resistors Part 7: Chuck Harder “For the People”

I first met Chuck Harder in 1993 at his unique radio studio located in his landmark hotel, The Telford, overlooking the Swanee River in White Springs Florida.   During the late 1800’s the Telford had been the vacation spot tor the elitist families like the Rockefeller’s and the Carnegie’s. I thought it was a fitting place for a Patriot radio station.  Chuck also had a very well stocked book store with many Patriot books including most of Eustace Mullins books which were hard to find during  the 1990’s. During that time Chuck Harder’s “For the People” radio show was broadcast all across the United States and he had a full list of guests waking the people up to the New Word Order movement. . . Your Editor Dennis Crenshaw

Part 6 Jim Marrs: The Worlds Expert on the JFK Assassination and Much, Much More

Chuck Harder For The People Is Back ! ( Free Trade is Bankrupting USA !

If only more Americas would have listened to Chuck Harder, our country would not be in the mess it is today. Mr. Harder was right, he opposed to free trade agreements such as the North American Free Trade Agreement (NAFTA) and the General Agreement on Tariffs and Trade (GATT) as well as international organizations such as the United Nations (UN). He favored a moratorium on legal immigration and the deportation of all illegal immigrants.

Chuck Harder For The People Is Back ! ( Who’s Controlling USA?)

For The People started in a garage in the 80’s in Tampa Florida that grew into one of the most listened to talk show’s in The U.S.!
Until Hillary and Bill Clinton took Chuck off the air! For The People continues to this day and is rebuilding with a new host Keith Alan. Chuck due to declining health, is featured on the program when he is able. We are featured on several stations across America, and For The People is always looking for NEW affiliates interested in running the fastest 1-hour of radio sure to please just about any audience.
Back in the 1990’s if only more Americas would have listened to Chuck Harder, our country would not be in the mess it is today. Mr. Harder was right, he opposed to free trade agreements such as the North American Free Trade Agreement (NAFTA) and the General Agreement on Tariffs and Trade (GATT) as well as international organizations such as the United Nations (UN). He favored a moratorium on legal immigration and the deportation of all illegal immigrants.

Chuck Harder For The People Is Back ! ( Who’s Controlling USA)

I met David Tibodeau at one of Col Bo Gritz’s patriot meetings in Jacksonville Florida a short time after The Waco Massacre.  I was fortunate enough to be able to set down with a one-on-one with David for about an hour.  I found him to be a quiet spoken sincere gentleman who still had a hard time emotionally when talking about what happened. He also at that time gave me a copy of the 7 seals manuscript David Koresh was working on at the time of the attack.

Learn what really happened from someone who was there and barely escaped with his life. . . . Your Editor Dennis Crenshaw

END_OF_DOCUMENT_TOKEN_TO_BE_REPLACED 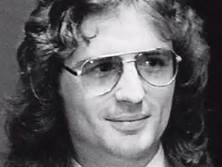 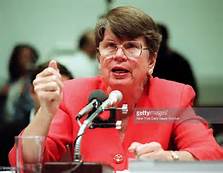 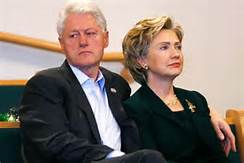 END_OF_DOCUMENT_TOKEN_TO_BE_REPLACED

This is the beginning of the exact same tactics used to scare people away from the Patriot Movement in the 1980s. It started with a few instances like this, moved to Ruby Ridge, then on to Waco . . . and finally Oklahoma City. After Oklahoma your everyday citizen wouldn’t attend a Patriot Meeting on a dare. Escalating government Ops and scare tactics to keep a tight lid on information that might wake the sheeple up to the truth.. The playbook does not change. History repeats itself. . . EDITOR

Published on May 30, 2012 by AxisofAnonymous

From disorganized slackers to terrorists – the Occupy movement has seen its media image go from bad to worse over its nine months of existence. Protesters now even face accusations that they pose a threat not just to Corporate America, but to the country as a whole. But activists say it’s all just scaremongering to stifle the movement.