END_OF_DOCUMENT_TOKEN_TO_BE_REPLACED

McAfee Murder Mystery – On the run in Guatemala

Featured Image: John McAfee from “For Your Consideration: Microsoft ‘s CEO search could end with John McAfee” article on McAfee’s personal web page, Who is McAfee? (Fair Use)

Category: Distractions, It's a Strange World After All / Tags: Beilize, guatemala, John McAfee, Murder, Mystery, On the run

A well-known author, who dedicated his work to the events of September 11, Phillip Marshall, was killed. His two children and even his dog were killed too. The first version said that the man killed his children and then himself. However, the Americans have strong doubts about this version. Recently, quite a number of strange murders have taken place in the U.S.

The bodies of Phillip Marshall, his two children and the dog were found only on the fourth day after the murder. This is very strange, given the fact that the man lived in a small elite town, predominantly with white population, where everyone knew each other well. . . . Read Complete Report

An analyst says Phillip Marshall was killed to suppress surprising information he was about to release in a new book that would embarrass the official 9/11 story-line.

THE BIG BAMBOOZLE: 9/11 and the War on Terror by Philip Marshall (Full Interview)

THE MAIN MESSAGE IS: GET THIS INTO THE COURT SYSTEM!!!

Category: Eyeballin' the One World Order / Tags: - Stuff They Don't Want You to Know, conspiracy, Him, Murder, Paul, Plane, Senator, They Killed, Wellstone

Peter Alexander Chernoff explains more about his witness of Sacrifice at Bohemian Grove. Anthony Hiilder calls for a “Dig” on the property with ground penetrating sensors to see what remains are there. The Grounds are a Retreat for the Influential, Rich, Powerful and Secretive …. the modern day Hell Fire Club of old London. 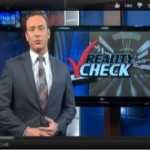